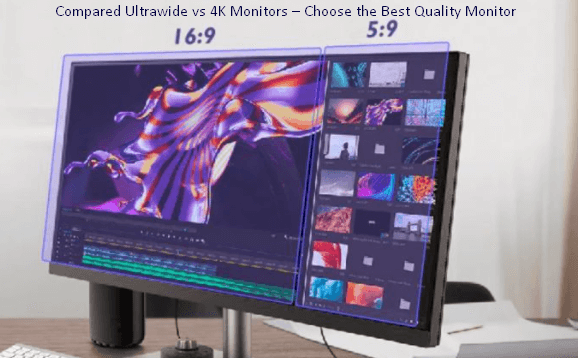 Buying new TV 4k OLED or QLED a simple step guide 2023. Hey, Boss Are Buying a new TV? I am here for your help. Whether you have installed a new QLED system Tv or you want to test a 4K TV Or you just bought it. Consider the size, resolution, whether 1080p or 4K, whether you need OLED or QLED, refresh rate, response time, and sound quality.

Playing with Playstation 5 Whether you’re a football or NFL fan who enjoys virtual worlds or watches your favorite team in the highest resolution possible, only the best TV selections will bring you the greatest joy.

We will try to break down the basics you need to know. But first, we can give you some top-level recommendations. All you have to do is buy what you need! You can easily spend a lot of money on things you don’t need. On the other hand, you can get all the main features even on a cheap TV.

The second thing to consider is not to buy a TV right after launch. Their prices are dropping quickly and you can benefit from it too.  Let’s have a look at what to consider.

What should be the size of your TV?

The first thing to consider is the size of your TV. Screen size is measured from corner to corner. They usually give you an optimal screen size for a certain distance, but if this is too complicated for you, find an online calculator to find the perfect choice. After all, if you buy a giant TV for a small room and are passionate about it, you can get an immersive experience. 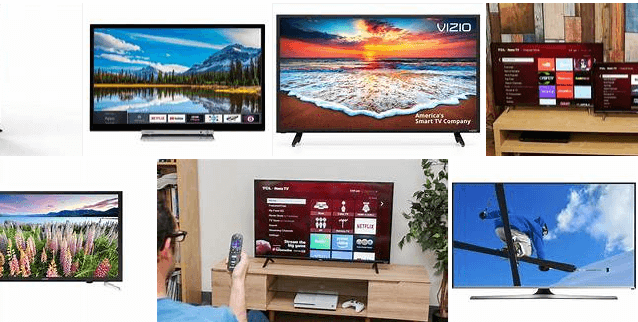 What screen resolution do you need?

Size and distance are also related to screening resolution or the number of pixels. Most new TVs are 4K or Full HD 1080p. 4K TVs have 4x more pixels, so 4 Full HD TVs are combined into one. In other words, more detailed photos can be displayed. The problem is with the content you are viewing.

There are very few contents that can be viewed in 4K resolution these days. Luckily, the most important streaming and TV platforms are now offering more and more content in 4K, so you won’t be mistaken for a 4K TV if you’re concerned. But if you’re on a tight budget, there’s nothing wrong with a good 1080p TV.

We recommend 4K whenever possible, as it comes bundled with High Dynamic Range (HDR) for whatever purpose you use it in movies or gaming. Meanwhile, we are on the cutting-edge 8K TV It’s expensive and the default content is almost non-existent. As with the early 4K, it will expand rapidly in the next few years.

Panel Choice for your TV

There are two main types: OLED and LED LCD. You may have heard of the LG Nano cell or Samsung’s QLED, a high-quality LCD, but with a few nice extras. OLED TVs can turn on and off every pixel individually and do not provide a backlight. In other words, if you turn off the pixel, it will be all black or almost black.

This allows you to achieve near-infinity contrast ratios. OLED TVs are thinner and lighter, so they are generally suitable for wall mounting. LED LCD TV is Not as bright as OLED and faces some sort of image retention. This usually happens when you play the same game with the same HUD all day or similar games with consistent elements.

Samsung, on the other hand, gives LED LCS a few points with a layer of quantum dots that increase brightness. This can be very useful if you are watching TV in a very bright room. As expected, these TVs are in the same price range as OLED TVs, so don’t be too surprised if you see LED LCD TVs priced at 20,000 won. When choosing between OLED or QLED, check which is better at the point of purchase.

When it comes to panels, nano cells and mini LEDs cannot be left out. Both are variations of LED LCD. The nano cells have additional nano filters to improve picture quality, brightness, and full array dimming to provide better detail. A mini-LED is made up of thousands of mini-LEDs rather than one large and has almost the same improvements as nano cells. Their big advantage is that they are cheaper than OLED and QLED.

HDR creates greater contrast between the darkest and brightest parts of the screen, making the picture more realistic. This means that you can expect your content to look more immersive and dramatic. Many newer games support HDR, and so do new movies. Samsung TVs support HDR 10+, but LG TVs Dolby vision is more widespread.

Have look at basic smart options

Basic speakers are usually a 2.1 sound system that can’t be much different on a modern device, but soundbars are going to change the world, so it’s good to save a little money. Most TVs now have the option to access Netflix, Youtube, and many other platforms that allow you to browse your TV without needing to connect to another device.

Which is better, OLED or LED?

In our review, OLED TVs that use organic light-emitting diode technology always have better picture quality than LED TVs, which are LCD TVs that use LED backlights. The main reason for this is that OLED TVs can produce perfectly dark shades of black without blooming blurry lighting, giving them better contrast and pop. However, LED TVs can be brighter and generally cost less than OLED TVs.

How can I get the best TV sound?

Most TVs sound terrible because there is no room for properly sized speakers or bass in a thin cabinet. If you want to hear the good sound, you need to buy an external audio system. Even inexpensive soundbars deliver significantly better audio quality than your TV’s built-in speakers.

Simply put, TVs (except OLED and some special models) is made up of several layers. There is a layer that creates colors and images and a layer that illuminates those images so we can see them. These backlight systems have a huge impact on how well the screen looks in terms of contrast (difference and definition of dark and bright objects). Here are some frequently encountered backlighting terms and their meanings.

Best fitness trackers and watches for everyone:
Edge lighting is typically used for low-end TVs or TVs that need to be thinner than TVs that will be in direct sunlight or partially darkened. This includes a light ring around the screen that is used to illuminate the display. Direct-lit TVs have a backlight behind the display and can usually be brighter than edge-lit TVs.

Local dimming is a technique you’ll increasingly see on mid-range TVs where multiple LEDs on the back of the TV can be adjusted to illuminate or not illuminate small areas of the screen as needed. This means better contrast and less light-to-dark bleeding.

Mini-LED technology brings local dimming to a more precise level, allowing much more area behind the panel thanks to the thousands of tiny LEDs, which results in much better contrast.

OLED or organic LED displays have individual pixels that act as their own backlights to achieve perfect contrast. Black is true black because the pixels are completely off. The downside is that these TVs aren’t too bright and may not be ideal for living rooms or spaces that get a lot of sunlight. Under poor viewing conditions, “burn-in” may occur, in which content viewed can leave visible marks on the screen (this is rare and only occurs when a static image is left on the screen for thousands of hours).

MicroLED technology takes Mini-LED one step further and tries to compete with OLED. Like organic LEDs, TVs are full of micro LEDs that act as their own backlights and emit their own red, green and blue colors. This allows them to be much brighter while providing similar black levels and contrasts to OLED. Currently, these TVs are very large and expensive (making conventional LEDs small enough is difficult!), but we expect this technology to become more widespread in the future.

What about TV software?

All major TV brands have decent smart interfaces that support numerous streaming services, including Vizio, Samsung, and LG. However, many TVs have built-in Google TV, Android TV or Roku. Those are our favorite interfaces but don’t worry. If you don’t have a streaming platform, you can easily add one to your TV for a fraction of the cost. Just plug your streaming stick or dongle into your TV’s HDMI port.

Black HDMI cable:
Most TVs have three HDMI inputs, an optical output for audio, and some form of internet connection built-in. Don’t buy a TV that doesn’t have at least one HDMI 2.1 port and an Audio Return Channel (ARC) HDMI port. The latter makes it easy to connect the latest soundbars and receivers. HDMI 2.1 is the latest widely adopted HDMI standard that allows ultra-low latency video streams at 4K resolution. Any quality TV should have this feature.

Beyond that, count how many game consoles, Blu-Ray players, and other devices you plan to connect to your TV and get models with plenty of HDMI ports. Newer cables support higher data rates than they did 10 years ago, so if you’ve been buying a new TV for a while (say, a 6-foot TV ), you might want to consider buying all-new cables.

We hope this guide has helped you choose the perfect TV. Let us know what your favorite TV is and what’s causing the problem in the comments section below!